PRESS HERE TO ADVERTISE WITH US
HOME Entertainment June 27, 2020

The war between Sheilah Gashumba and Urban TV’s Lugambo presenter, Tina Fierce is getting worse each day that goes by. It all started when Sheilah accused Tina of defamation and even threatened to publicly expose her of which she achieved in a series of rant posts on her social media pages. 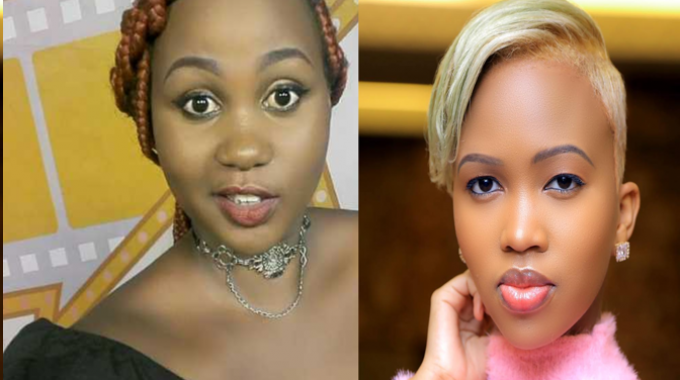 Days after Gashumba threatening to sue scoop on scoop show host for what she called ‘continued media bullying’, social media sympathizers of Tina have come out to attack the former NTV Da Beat show co-host saying that she is not so special as she thinks and that she is prone to any attack like any other person.

This week, Sheilah together with her boyfriend Ali Marcus Lwanga alias God’s Plan issued an intention to sue/demand notice to Tina for her numerous attacks against them through her television programme dubbed Scoop on Scoop which airs on Urban Television.

The couple has asked Tina to publicly apologise and compensate them with Shs400m for the damages her reckless utterances have caused to them. She was given 14 days to fulfill the demand or face the Courts of law.

However, Sheilah’s ‘cry baby’ mentality has not gone well some social media users especially those in support of Tina Fierce commented as follows:-

@SheilahGashumba come see the world is fade up so better be in your lane Fresh kid big sis...Isa Katongole Wasswa said

She is crying over few words which were right yiven… Enway she wants to trend...Donna Art stated

God’s plan should be blamed for failing to groom his woman, her father did a wonderful job, but God’s plan is the reason Sheila is becoming senseless...Eddy Pages tweeted.

Coronavirus: Uganda receives US$1 million relief from Denmark towards refugees in Kampala

Kanye West to face Trump, Biden as he declares his intentions to run for US presidency in 2020

ANOTHER DEADLY VIRUS IS SPREADING IN CHINA,70 INFECTED,6 DEAD

RESUMING ACADEMICS, MINISTER MUYINGO NARRATES WHEN SCHOOLS TO BE REOPENED