PRESS HERE TO ADVERTISE WITH US
HOME Economical June 25, 2020

KAMPALA: A campaign to rename street names in Uganda's capital has gained traction as the Black Lives Matter protests and decolonization movement that erupted after the US police killing of George Floyd sweep the globe.

Launched on June 9, the online petition urging the government to remove the names of British colonial figures from the streets, monuments, and landmarks in Kampala has received more than 5,000 signatures.

The campaigners say they will take the petition to Parliament on Friday, seeking action in the next 90 days.

Almost 60 years after independence, streets across Uganda are still named after British colonial soldiers, including Major-General Henry Colville and Lord Frederick Lugard among others.

The military figures were responsible for waging expeditions in the late 19th century to depose kings and impose authority over kingdoms that existed for centuries before British colonial rule (1894-1962).

Hundreds, if not thousands of people, were killed during such campaigns, and at least once a scorched earth policy was used to expand British territory at the height of Europe's scramble for Africa.

This is not the first time that there has been an attempt to get rid of colonial names from road signage in Kampala.

During the government of former leader Idi Amin, who ruled Uganda from 1971 to 1979, many streets in the capital were renamed. 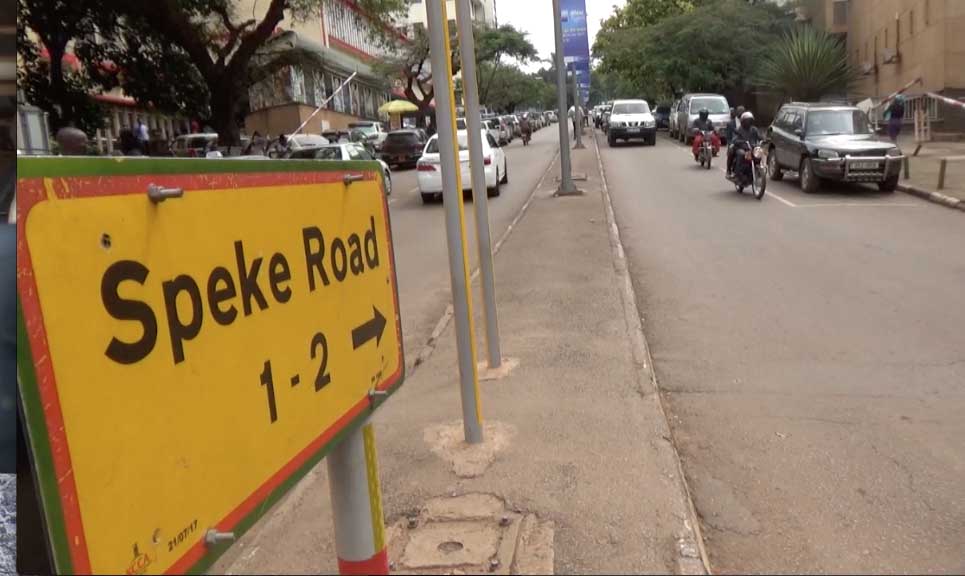 Malcolm X Avenue after the Black liberation crusader and Nkrumah Road after the revolutionary leader who led Ghana out of British rule still survive to this day after being renamed in 1972.

These changes happened against a backdrop of newly independent African countries reclaiming African or "authentic" names.

In what is now the Democratic Republic of the Congo, the name of the country, cities, street names and even names of people were changed to show increasing cultural pride in African names, in an ideology known as Mobutuism after the then-leader Mobutu Sese Seko.

But often the new names were reversed with the failure of the regime.

Makubuya said some of these attempts failed because there were no comprehensive guidelines to review the naming culture and objectives.

"Amin had a big fight with Britain, and Britain cut off diplomatic ties with Uganda - one could say that his renaming of streets was a knee-jerk response to that situation," he said.

"Because it was a one-man drive, it missed critical aspects which would have made the naming more legitimate and more acceptable to people. There was no parliament in Amin's time. He was ruled by decree. So it is understandable that the names he picked were not all popular [and] some of them were reversed."

But now, increasing cultural confidence and receding memory of the colonial period appears to give new impetus to renaming streets in Kampala.

Meanwhile, the May 25 killing of Floyd, an unarmed Black man, at the hands of white police in Minneapolis sparked major protests in the United States and elsewhere, including in the United Kingdom where demonstrators in Bristol toppled the statue of slave-trader Edward Colston.

"Social media has helped to bring this subject [renaming streets] to the fore," Makubuya said. "It is not because of George Floyd that we are doing this, but our petition has been given a new momentum because of the world today."

China hopes the US will take concrete measures against racial discrimination

Rejoicing as Talented Masaka Kids hits one million subscription mark In a space of only 2 years !

Kampala flyover project, Clocktower to be demolished and shifted

Lydia Jazmine speaks out after being insulted by MC Ibrah Live on a national Tv.

Eleven Ugandans who returned from Afghanistan last week have tested positive for the pandemic coronavirus.

Big Eye deserves no single coin... Not even the Obote coins, Me and Balaam have told President Museveni - Ashburg Kato

Panic as State House Aide’s Nudes With Side Chick Leak and Floods The internet, Wife Traumatized.

Uganda to have a second football Stadium that meets international required standards, second to Vipers' St Mary’s Stadium as Namboole was proved Substandard by CAF/FIFA inspectors.

Kenya policeman charged with murder after curfew killing of teenager

Big Eye threatens to drag NRM to courts of Law for failing to pay him 270 millions.