PRESS HERE TO ADVERTISE WITH US
HOME Health June 29, 2020

The legendary singer and comedian has been at Medipal International Hospital in Kampala since April this year with complex Medical problems.

The Rubaga South Member of Parliament Kato Lubwama needs another Shs140 million for another surgical operation on his large intestine colon which is infected with cancer.

Kato Last month  had a successful operation on his coron which had displayed a spot of cancerous cells. According to sources close to his family after the successful operation, Lubwama was advised to stay in hospital as the medics monitored his health condition.

However, in the process of monitoring, doctors diagnosed another cancerous tumour in the exact spot where the last operation was done. Doctors stated that the next operation would cost Kato Lubwama Shs140m since it’s in  the same spot which is very dangerous.

During the first encounter, Lubwama would have been operated on earlier but money for it was not in place until his fellow legislators came in to support him. 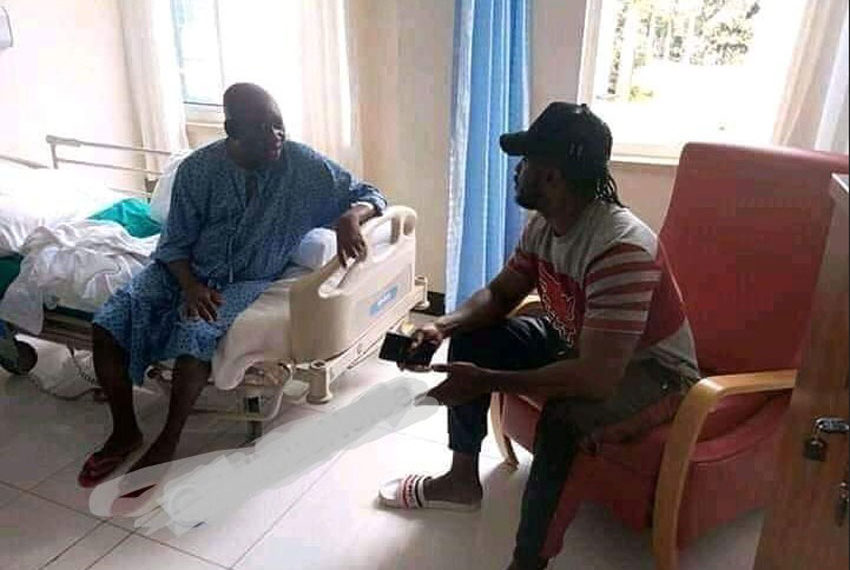 Kato Lubwama with bebecool in hospital.

Doctors have recommended Lubwama to seek efficient chemotherapy services promptly after the operation in countries with better health system such as India or Australia.

Despite the fact, that he is in need of money Kato Lubwama is one of the Members of Parliament that returned  the controversial Shs20m Covid-19 cash that was received by each legislator to help them in fight against the pandemic.

It’s not comfortable for me to have this money on my bank account, because am not aware of its exact source,.. he said.

China hopes the US will take concrete measures against racial discrimination

Rejoicing as Talented Masaka Kids hits one million subscription mark In a space of only 2 years !

Kampala flyover project, Clocktower to be demolished and shifted

Eleven Ugandans who returned from Afghanistan last week have tested positive for the pandemic coronavirus.

Lydia Jazmine speaks out after being insulted by MC Ibrah Live on a national Tv.

Big Eye deserves no single coin... Not even the Obote coins, Me and Balaam have told President Museveni - Ashburg Kato

Panic as State House Aide’s Nudes With Side Chick Leak and Floods The internet, Wife Traumatized.

Uganda to have a second football Stadium that meets international required standards, second to Vipers' St Mary’s Stadium as Namboole was proved Substandard by CAF/FIFA inspectors.

Kenya policeman charged with murder after curfew killing of teenager

Big Eye threatens to drag NRM to courts of Law for failing to pay him 270 millions.